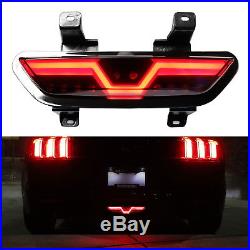 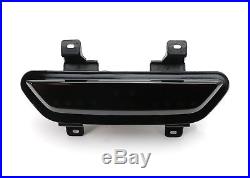 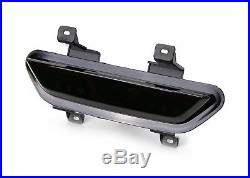 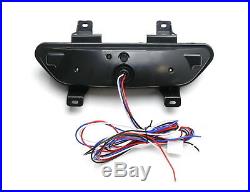 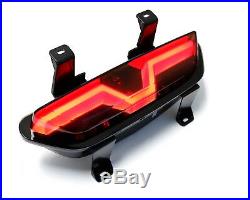 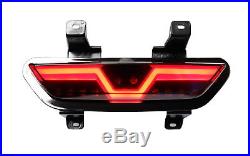 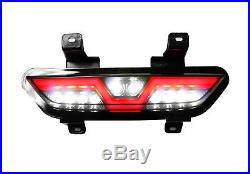 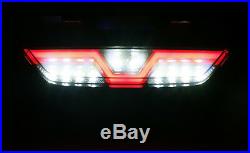 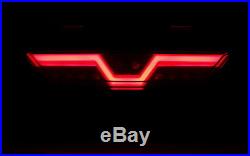 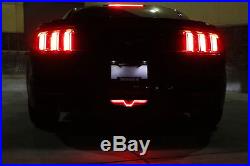 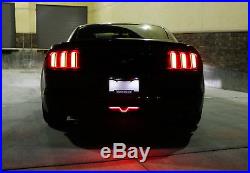 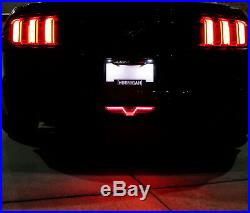 Smoked Lens Full LED Reverse Light/F1 Strobe Rear Fog Lamp For 15+ Ford Mustang. If you are looking for something new to refresh your Ford Mustang or make every inch of it eye-catching, raise the level of your tail end's look with the MP concept smoked lens LED reversing fog light!

This is an LED back up reverse light assembly, replacing OEM part number FR3Z-15500-A. The tail end fog light features a brilliant red semi-V shaped 3D LED tube across the LED fog light which also strobes F1 style when you brake. While backing up, the 10 LED emitters behind the semi-V shaped LED tube lights up in xenon white and is bright enough for drivers behind you to pay attention and marvel at the dynamic LED shape of your rear fog light. The MP concept smoked lens full LED reverse rear fog light is made to fit the 2015 and later Ford Mustang. Fit 2015-up Ford Mustang, replacing OEM backup reverse lamp (FR3Z-15500-A).

Brilliant red V-shape 3D LED tube with F1 style strobe features for rear fog and brake tail lights (when you hit on the brake, it will keep flashing like th Formula One Race Car). Xenon white 10-LED backup reverse light. Give your Ford Mustang a unqiue style. IJDMTOY (MotoringMax) was founded in 2004 and has since become one of the largest automotive LED lighting retailers in the United States. We are located in Los Angeles, California and carry the most complete LED lights and accessories for all the cars and trucks. And we will do our best to assist you. Your satisfaction is our utmost concern! We are not responsible for international duty or custom charge. California Proposition 65 Warning: This product might contain chemicals Lead and expose to Lead which is known to the State of California to cause birth defects or other reproductive harm.